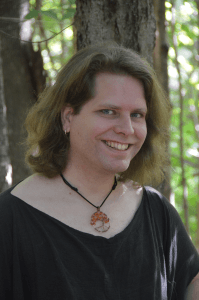 Western MA folks, come see us at Western Mass Pagan Pride Day in Northampton today! Sarah Rosehill is talking about animism at 11, Jac Clark is talking heathenry at 1 pm, Will and Lynn Rowan are performing at 2 pm and EarthSpirit merchant Joy Star’s Story is here all day. Ritual at 4:30 pm! ... See MoreSee Less

Where are the events taking place?

EarthSpirit is proud to announce the launch of EarthSpirit Visions - a place for EarthSpirit Community members to offer photographic images that open conversations with the places where Earth and Spirit meet.

EarthSpirit Visions began its Instagram presence, @EarthSpiritVisions, in May of 2021 where EarthSpirit Visions core team members have been posting nature images each day. Now, 3 months later, with this formal public launch the team welcomes EarthSpirit Community members to share nature photography, inspired by a different Focus during each lunar cycle, with one another and the larger community. Submissions are welcome by September 23, for the October theme of “Fungi, Forest Floor, Cooperative Organisms”.

We have so much gratitude for the EarthSpirit members on the Visions Core Team who are volunteering to manage this project.

To find out more about EarthSpirit Visions and about how to submit your photographs. Visit: earthspiritvoices.wordpress.com/earthspirit-visions/

And to browse the beautiful collection of photos already posted visit: www.instagram.com/earthspiritvisions/

The EarthSpirit Saturday event planned for this week (July 17) is cancelled. We’re sorry to miss seeing your faces and will be back on August 7 to celebrate Lunasdal! ... See MoreSee Less