Ted Mills died around midday on Wednesday, 21 February 1996. Or, more properly, he moved on to “another room” in his life, for that is how he would prefer us to speak of his passing. For thirty years, Ted played a subtle but very influential role among contemporary American witches, as a teacher, as a mentor, as an elder.
Theodore Mills

Nestled among the rolling hills of western Massachusetts there is a place bounded by streams, with woods of hemlock, of maple and of birch, and stretches of green meadow with apple trees and berry bushes and gardens with flowers of many kinds. Atop a hill, a fire blazes inside a ring of stones, its sparks cavorting across the midnight sky to join the twinkling canopy of stars. Drums pound, voices sing, shadows dance; a large black dog watches with unblinking eyes. A slender, tall and branchless tree stands all alone, sheathed in an intricate web of many-colored ribbons. Dawn stirs awake, a hawk flies overhead.

We have just returned from attending the second Parliament of the World’s Religions in Chicago, an event which originated a century ago as the first major interfaith conference in recorded history. 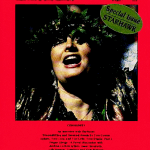 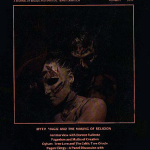 [The following is a panel discussion in four rounds on the topic of “Pagan Clergy,” which was published in our magazine, FireHeart, between 1988 and 1993. More than twenty years later, many people throughout the U.S. pagan movement continue to refer to it as a source of stimulating, provocative, and even prescient ideas which remain relevant for our community today. Since we still get requests asking for reprints of the panel, we are making it available here; please keep in mind that this piece — as is true of all the reprints from our publications — remains under copyright protection, and that all pertinent limitations still apply. The panelists’ bios have not been updated, and as a result some of them may no longer be accurate; we chose to retain their original texts because they are germane to the contents of the discussions.] 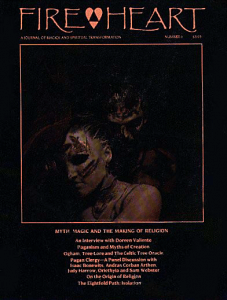 The Boy Who Longed to Fly
For Jody, who flies between the worlds.
by Andras Corban Arthen ©1991

THIS TALE CAME TO ME one night as I sat in a rocking chair cradling my son in my arms, vainly trying to help him fall asleep. I thought to tell him a story, but could think of none that might be interesting to one so very young. A sudden gust of wind intruded itself upon my musings. The wind had a voice, and the voice said, “Listen … I shall tell you the story of the Boy Who Longed to Fly.” 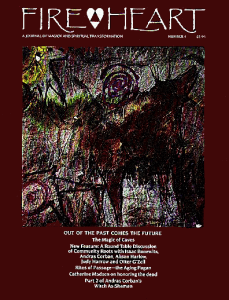 (Ted Mills died on Wednesday, 21 February 1996.)
(Theodore Mills has been an influential figure in modern American Witchcraft for well over twenty years. “Lord Theo,” as he is affectionately called by his friends, has been a mentor to hundreds of witches from Massachusetts to Arizona. Ted was a frequent contributor to “The Witches’ Almanac” in the 1970s, and an early associate of Sybil Leek. In keeping with this issue’s theme, “FireHeart” sought Ted’s perspectives, as one of the true Elders of the Craft. Now in his mid-60s and in fragile health, Ted nevertheless retains a dynamic personality, an engaging sense of humor, and a level of energy that puts younger people to shame. This interview, conducted at his home in western Massachusetts, ended in the wee hours of the night. While his interviewers had faded considerably, Ted showed little sign of slowing down.)

This month, the Rites of Spring Pagan Celebration in New England will be ten years old, making it one of the oldest continuous Pagan gatherings anywhere. From its comparatively humble debut over Mother’s Day weekend in May 1979, Rites of Spring has evolved into a week-long event involving more than five-hundred from all over the country as well as Canada, and including participants from as far away as England, Germany, France and Australia.

When asked by the editors of FIREHEART (as the festival’s originator and one of its current organizers) to provide a retrospective article on Rites of Spring, I thought it would be interesting instead of explore how an ongoing event such as Rites can mirror the changes, issues, and growth of contemporary Paganism, and provide a perspective on important themes and currents within the Pagan community.

Beltaine Blessings! A new post today on the EarthSpirit Voices blog shares some of our community celebration and a eulogy for Old Man Winter.
... See MoreSee Less

This past Sunday ushered in the month of Beltaine (or Bealtaine, as it’s spelled on modern Irish calendars), and for the first time in a long while, we gathered in person at Glenwood Farm, Ea…
View on Facebook
·Share

Season 3 episode 2 of the EarthSpirit Voices Podcast premiers today! Check it out to hear Sam’s interview with Giariel Foxwood.

A longtime member of our community, Giariel is a co-founder of the Queering the Circle Affinity Group at Rites of Spring and is a Clan Leader at Twilight Covening. In this episode, Sam speaks with Giariel Foxwood about his experience navigating pagan and queer communities to find his spiritual home. The break section for this episode features an archival recording of Giariel speaking at the plenary session at Rites of Spring 40.

Stream the episode at:https://earthspiritvoices.com/earthspirit-voices-podcast/ or on any podcast streaming platform. ... See MoreSee Less

Wow that is an OLD picture.