The ritual performance group of the EarthSpirit Community

MotherTongue brings together vocal and instrumental music, dance, poetry and story to create moving and potent ritual performances for a variety of audiences. The ensemble has been featured at numerous Pagan and interfaith events around the United Sates and has performed twice at A Parliament of the World's Religions, numerous times including Chicago. MotherTongue is known for its ability to communicate the essence of earth-centered spirituality in a manner that makes it accessible to people from all backgrounds and traditions.

MotherTongue released the CDs "Weaving the Web of Life" and "This Winter's Night" Older works are on tape "Fire Dance" and "All Beings of the Earth".
For more information about EarthSpirit and MotherTongue, please contact:
earthspirit@earthspirit.com
The EarthSpirit Community P.O. Box 723 Williamsburg, MA 01096 U.S.A. 413. 238.4240

MotherTongue CD recordings are available by mail-order directly from EarthSpirit at the EarthSpirit Store. 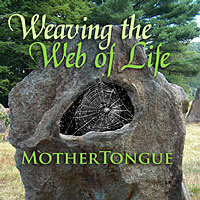 A collection of chants and short songs created by EarthSpirit members for ritual use.

Available on Spotify and iTunes

We Are One
The Circle Shapes Us
Weavers
Burn, Fire
In the Spirit of the Earth
Rise Up
In the Circle of Earth and Sky
Watch It Burn
I Am the Earth
Air I Am
Holy Water
All Beings of the Earth
Ancestor Chant
Ocean Mother
Peace In My Heart
Darkest Time of Winter
We Are One (extended version) 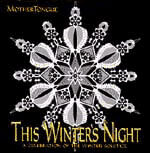 This recording evokes the vibrant, Earth-centered roots of the winter holidays. On this CD, MotherTongue combines a 20-voice chorus, Celtic harp, African drums, Renaissance instruments and keyboards to create a unique blend of eclectic seasonal music, both ancient and modern. A great alternative to the usual “holiday music”. 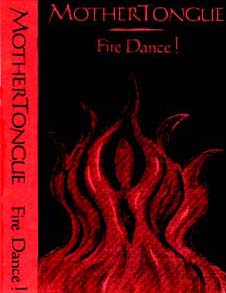 The Moon Is High
The Circle Shapes Us
Air I Am
Burn Fire
Ocean Mother
I Am The Earth
Herne
All Beings Of The Earth
Between The Worlds
We Are One...

Check out the new episode of the EarthSpirit Voices Podcast!

In this episode, Episode 5 of Season 3, Sam speaks with Donovan Arthen, an animist and Anamanta practitioner who has been a part of the EarthSpirit Community his whole life. Donovan has been teaching and leading workshops for 10 years, currently serves as a member of the EarthSpirit Board of Directors, and works as the Director of Finance and Operations for Orion Magazine.

In his conversation with Sam, Donovan shares ideas about ways to maintain a daily spiritual practice, even with a 9-5 job, and also how to integrate powerful spiritual experiences from sacred gatherings and retreats deeper into our lives.
During the break, you will hear several seasonal Haiku from Eric Arthen which he shared this year at the Poetry Jam at Rites of Spring.

Stream the episode at: earthspiritvoices.wordpress.com/earthspirit.../
or on any podcast streaming platform ... See MoreSee Less

We’ve passed the halfway mark on Season 3 of the EarthSpirit Voices podcast and we’re up to 30 total episodes!

Today’s episode is an interview with Chris LaFond about the joy and mystery of keeping bees.

This season has been full of fantastic episodes with guests including:
-Billy Bardo on the Bardic Arts and Magical Play
-A live episode recorded at Rites of Spring on parenting with Brannen Connelly, Katie LaFond, and Kaye Kittredge
-Carrie Barraco on Mental Health in pagan communities.

Listen and enjoy!
Stream the episodes at:https://earthspiritvoices.com/earthspirit-voices-podcast/ or on any podcast streaming platform. ... See MoreSee Less

What does it mean to be pagan today? Sam Arthen-Long speaks with members of the EarthSpirit Community about their Earth-centered practices and how they contribute to building modern pagan culture. …
View on Facebook
·Share